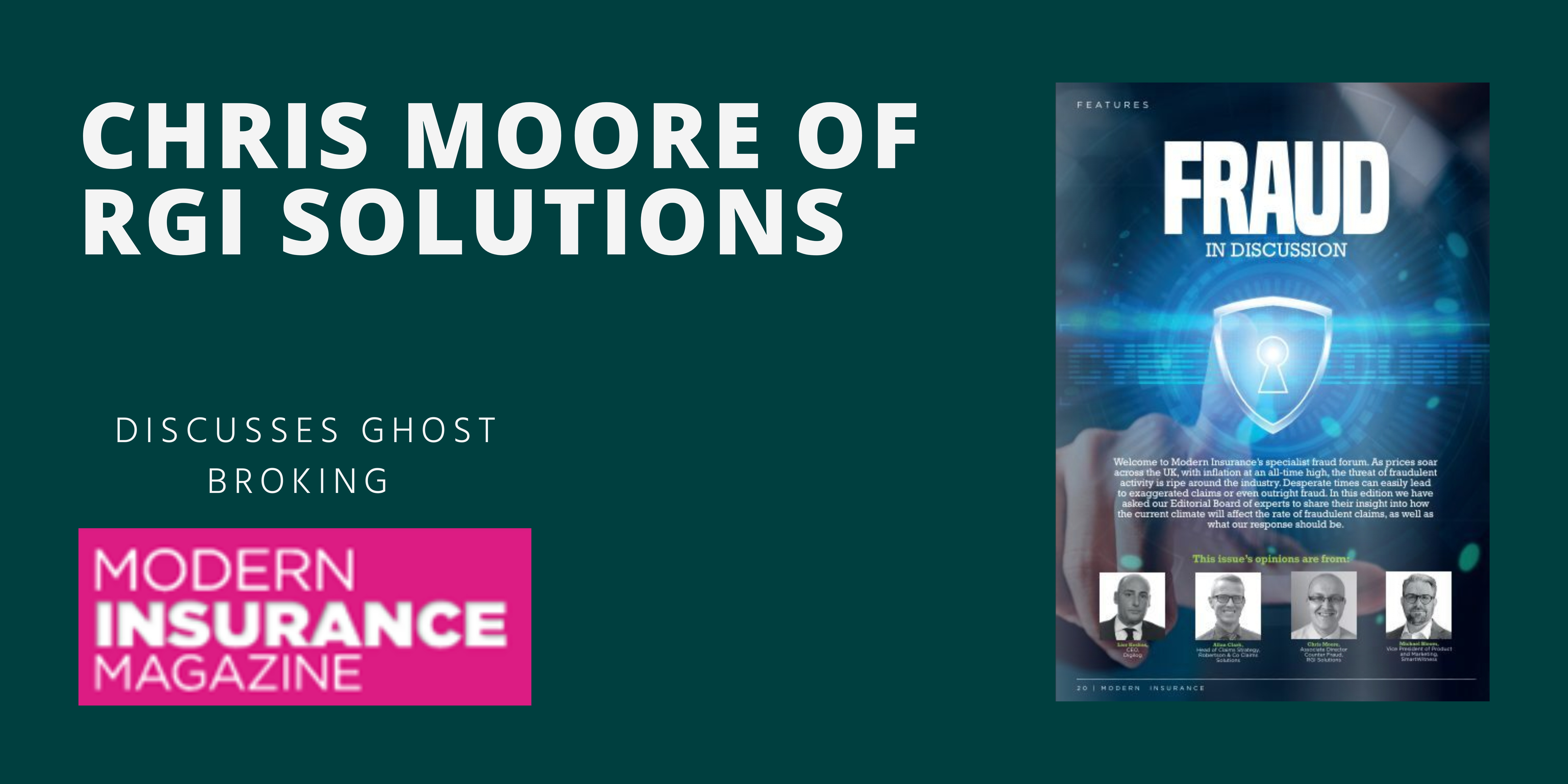 Our Associate Director of Counter Fraud, Chris Moore, was involved in discussions around Ghost Broking with Modern Insurance Magazine, featured in their latest edition.  Chris discusses how can we protect vulnerable customers when decisions will become increasingly price-based as a result of the cost-of-living crisis.

With an increase in Ghost Broking how can we protect vulnerable customers when decisions will become increasingly price-based as a result of the cost-of-living crisis?

It is our opinion that there has to be greater awareness in the press and TV when it comes to Ghost Broking along with targeted AD campaigns to highlight the increase in ghost broking.  Such campaigns need to spell out the signs to look out for, how to protect yourself and who to report concerns to.

As well as ghost broking, people may also decide to feed themselves rather than spend money insuring their vehicles so things will become desperate as the cost of living crisis takes a hold. Ghost Brokers will see this opportunity and use this to their advantage. Here at RGI, we feel this is the main route to get ahead of the ghost broker, therefore, raising awareness to target people before they take out such a policy is key.

There are some insurers that have started asking for a copy of the driving licence at point of sale, however, this really does need to become the norm and by doing this it can also act as a deterrent along with confirming whether the person taking out the policy is genuine (as long as a fake driving licence has not been produced) and will confirm the actual address of the customer.  This will be harder to use the fake north Scotland addresses that lots of ghost brokers use to take out cheap car insurance policies.  Insurers could then use their fraud indicators to identify suspect policies and contact the customer on the driving licence address rather than the email that has been presented on the policy, which will invariably be directed to the ghost broker. Greater collaboration is also needed within the industry to share intel on ghost brokers so that prosecutions can be sought which will remove them from the local communities and protect vulnerable customers.