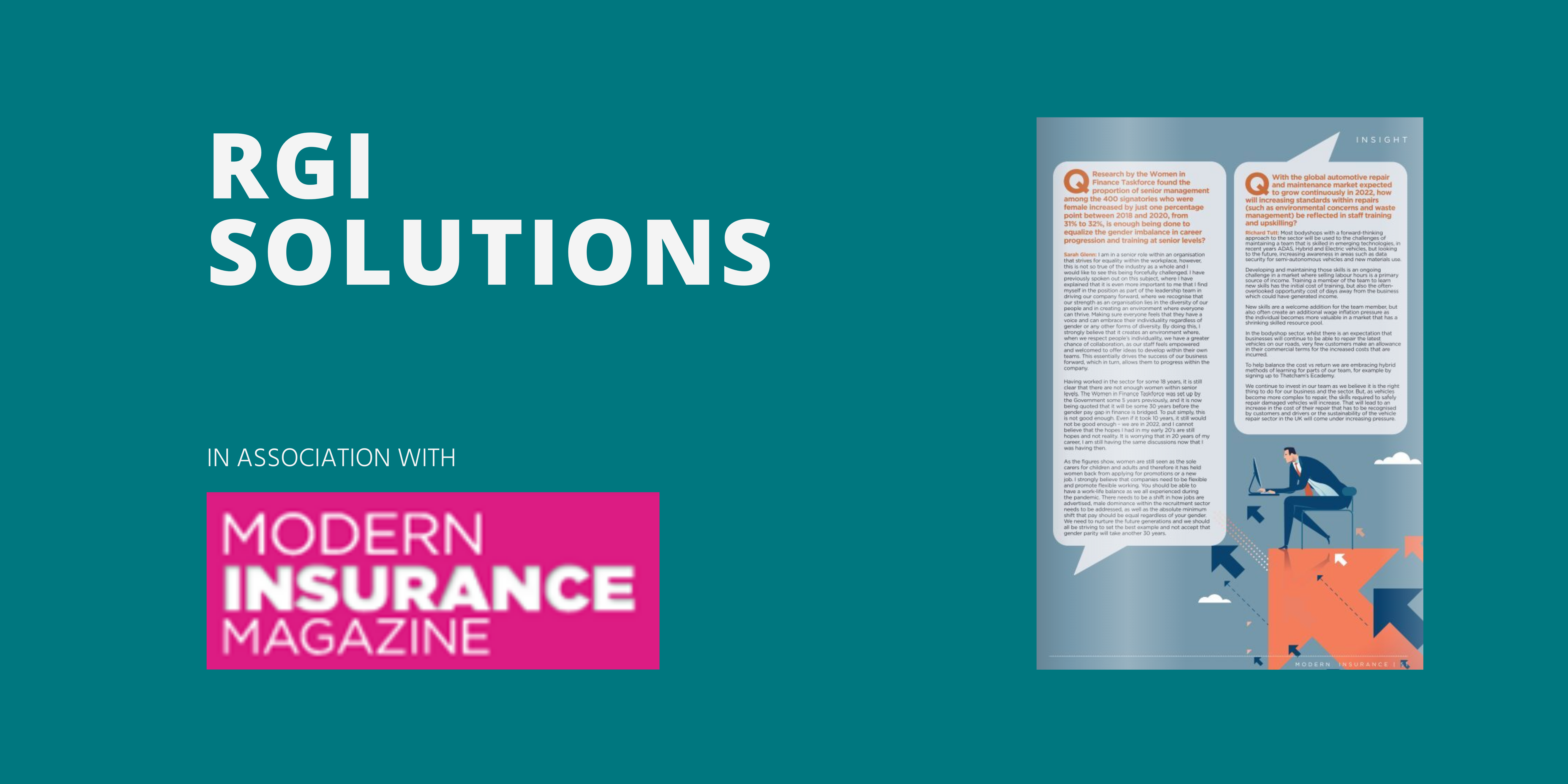 Our Commercial Director, Sarah Glenn, was involved in discussions around Upskilling with Modern Insurance Magazine, featured in their latest edition.  Sarah discusses the gender imbalances within the workplace, a subject close to her heart and supported by RGI Solutions.

Research by the Women in Finance Taskforce found the proportion of senior management among the 400 signatories who were female increased by just one percentage point between 2018 and 2020, from 31% to 32%, is enough being done to equalize the gender imbalance in career progression and training at senior levels?

I am in a senior role within an organisation that strives for equality within the workplace, however, this is not so true of the industry as a whole and I would like to see this being forcefully challenged.  I have previously spoken out on this subject, where I have explained that it is even more important to me that I find myself in the position as part of the leadership team in driving our company forward, where we recognise that our strength as an organisation lies in the diversity of our people and creating an environment where everyone can thrive, to feel that they have a voice and to embrace their individuality regardless of gender or any other forms of diversity.  By doing this, I strongly believe that it creates an environment where, when we respect people’s individuality, we have a greater chance of collaboration as our staff feel empowered and welcomed to offer ideas to develop within their own teams, which essentially drives the success of our business forward, which in turn, allows them to progress within the company.

Having worked in the sector for some 18 years, it is still clear that there are not enough women within senior levels.  The Women In Finance Taskforce was set up by the Government some 5 years previously, and it is now being quoted that it will be some 30 years before the gender pay gap in finance is bridged. To put simply, this is not good enough.  Even if it took 10 years, it still would not be good enough…we are in 2022 and I cannot believe that my hopes in my early 20’s are still hopes and not reality.  It is worrying that in 20 years of my career, I am still having the same discussions I was having then, now.

As figures show, women are still seen as the sole carers for children and adults and therefore it has held women back from applying for promotions or a new job.  I strongly believe that company’s need to be flexible and promote flexible working.  You should be able to have a work life balance as we all experienced during the pandemic. There needs to be a shift in how jobs are advertised, male dominance within the recruitment sector needs to be addressed and the absolute minimum that pay is equal no matter what gender you are.  We need to nurture the future generations and we should all be striving to set the best example and not accept that gender parity will take another 30 years.